I recently got to go to Amsterdam for work. I stayed in the Jordaan neighborhood, went to The Next Web Conference, and worked with some awesome creatives to document the HackerOne h1-3120 live hacking event.

Though I didn't do a ton of touristy stuff, I did walk around a lot and jotted down some observations from my strolls through Amsterdam.

They say Amsterdam is the Venice of the north. It's true. Yet, it's better than Venice because it's lived in, it's alive and it's more diverse. 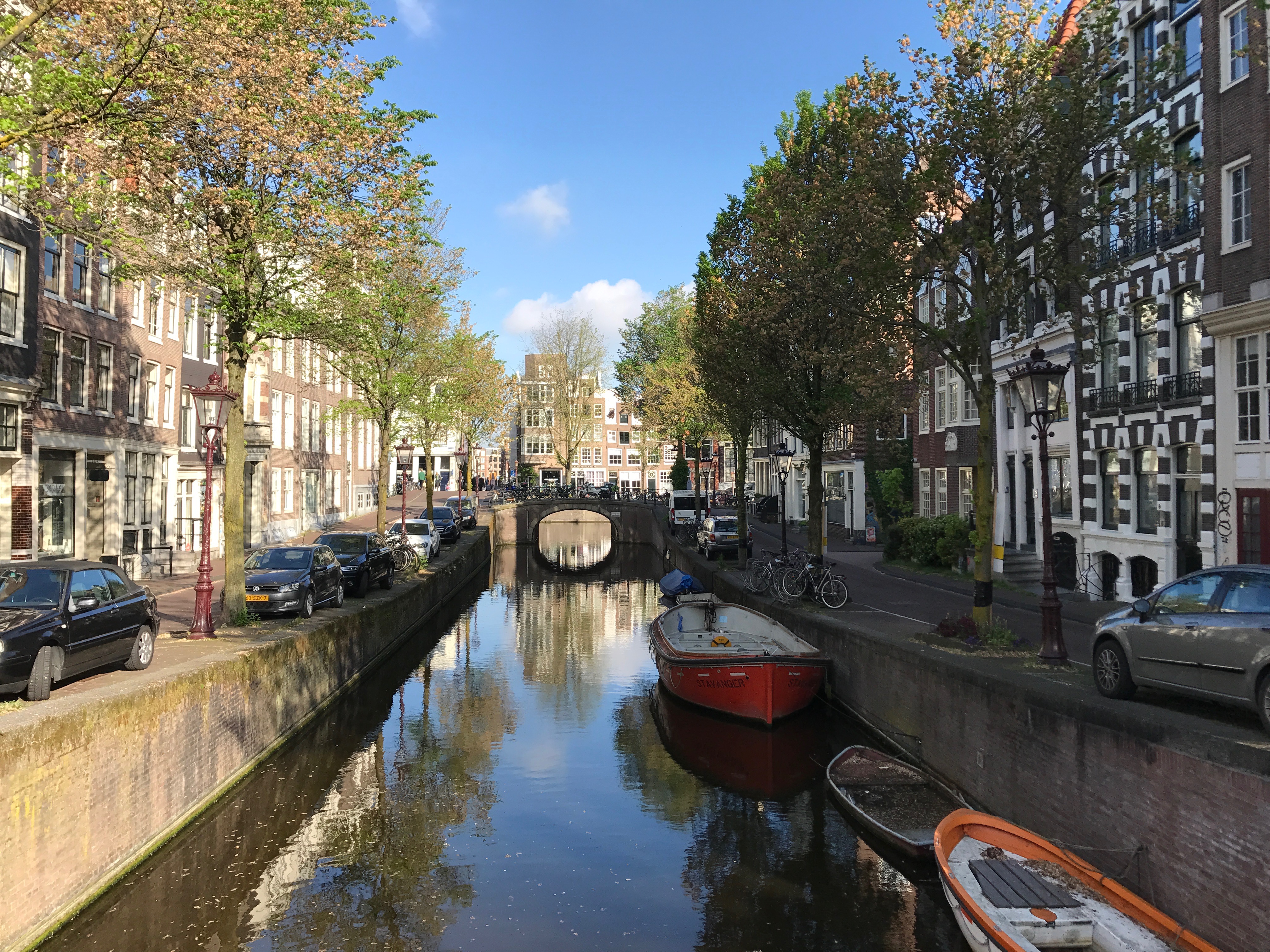 There are, in fact, 165 Amsterdam canals that combine for a length of over 100 kilometers (about 60 miles). 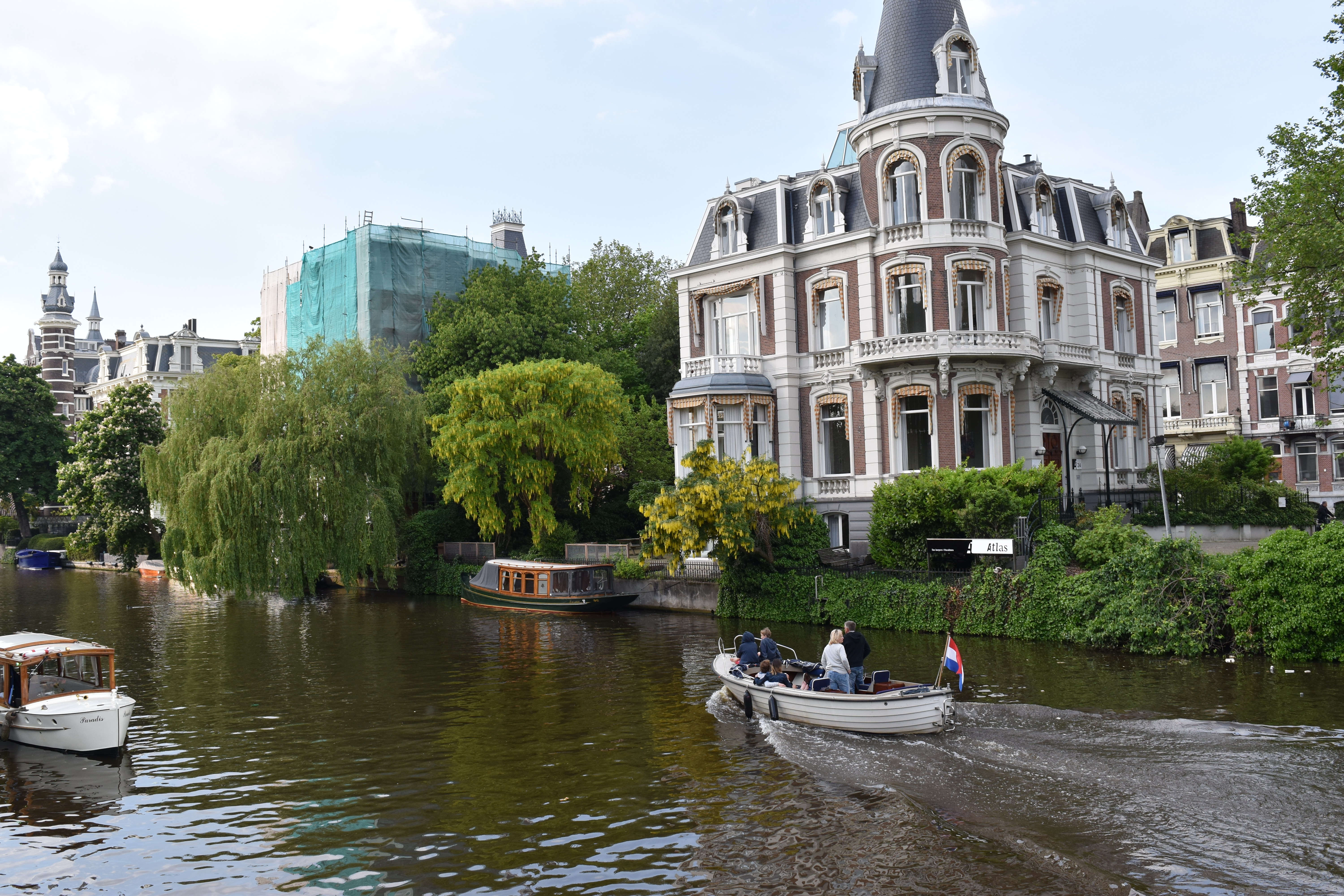 While on a boat cruise down the Amstel River on a Thursday evening, a native Amsterdamian told me the canals were originally built for safety. Then they just continued to expand out. Not to mention the flood control.

Fun fact: Amsterdam got its name from the Amstel River. 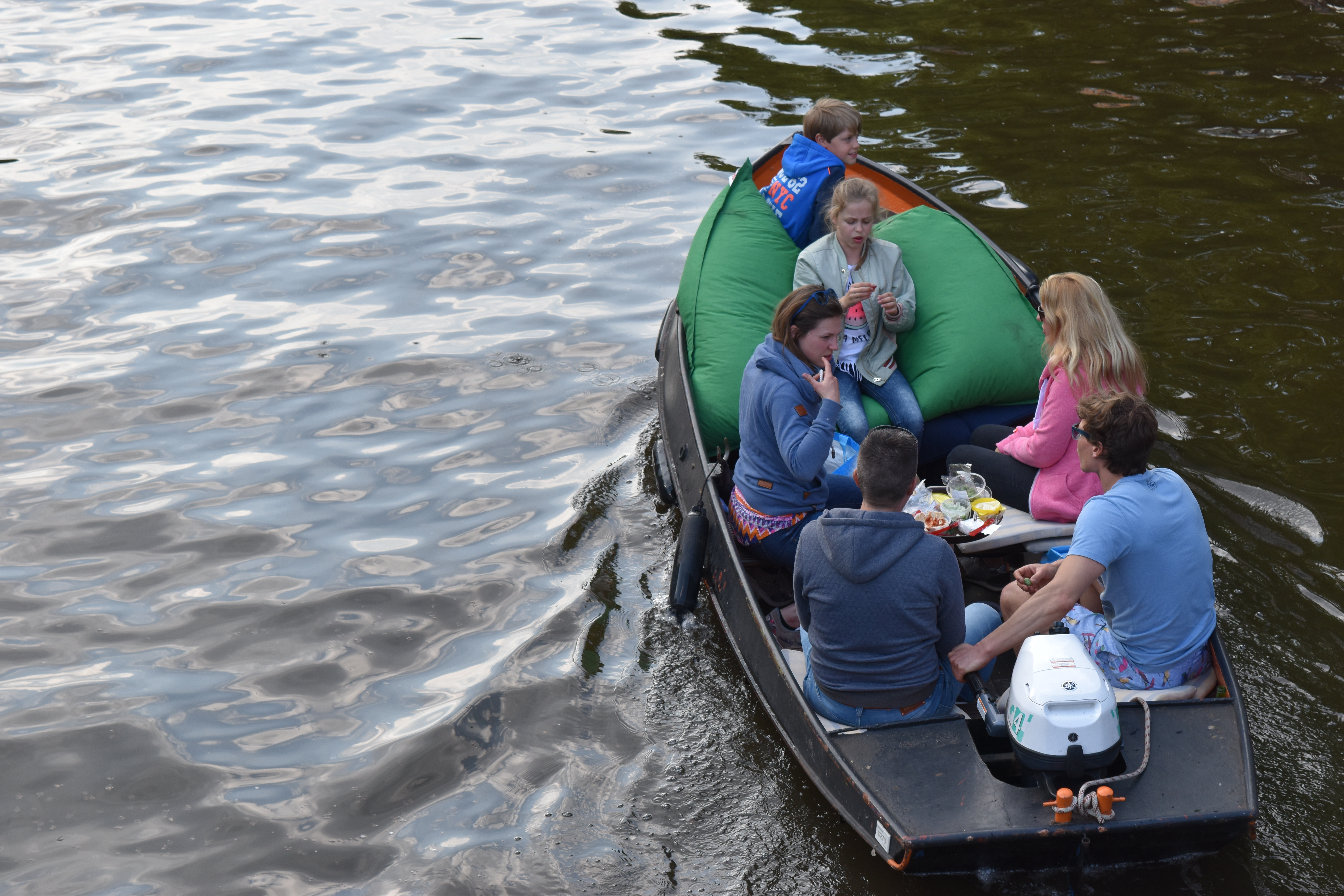 Amsterdam is a great city to walk. I got around mostly through strolls along canals. But, keep in mind, you can't follow the same canal completely, otherwise, you'll practically do a 180 degree turn!

Cycling is THE preferred mode of transport.

Bicyclists are everywhere. And they don't stop for nothing. I witnessed at least three almost-mega-crashes. Like full on t-bone or sideswipe and even a head-on collision. Lots of squealing brakes and curses muttered under breaths. 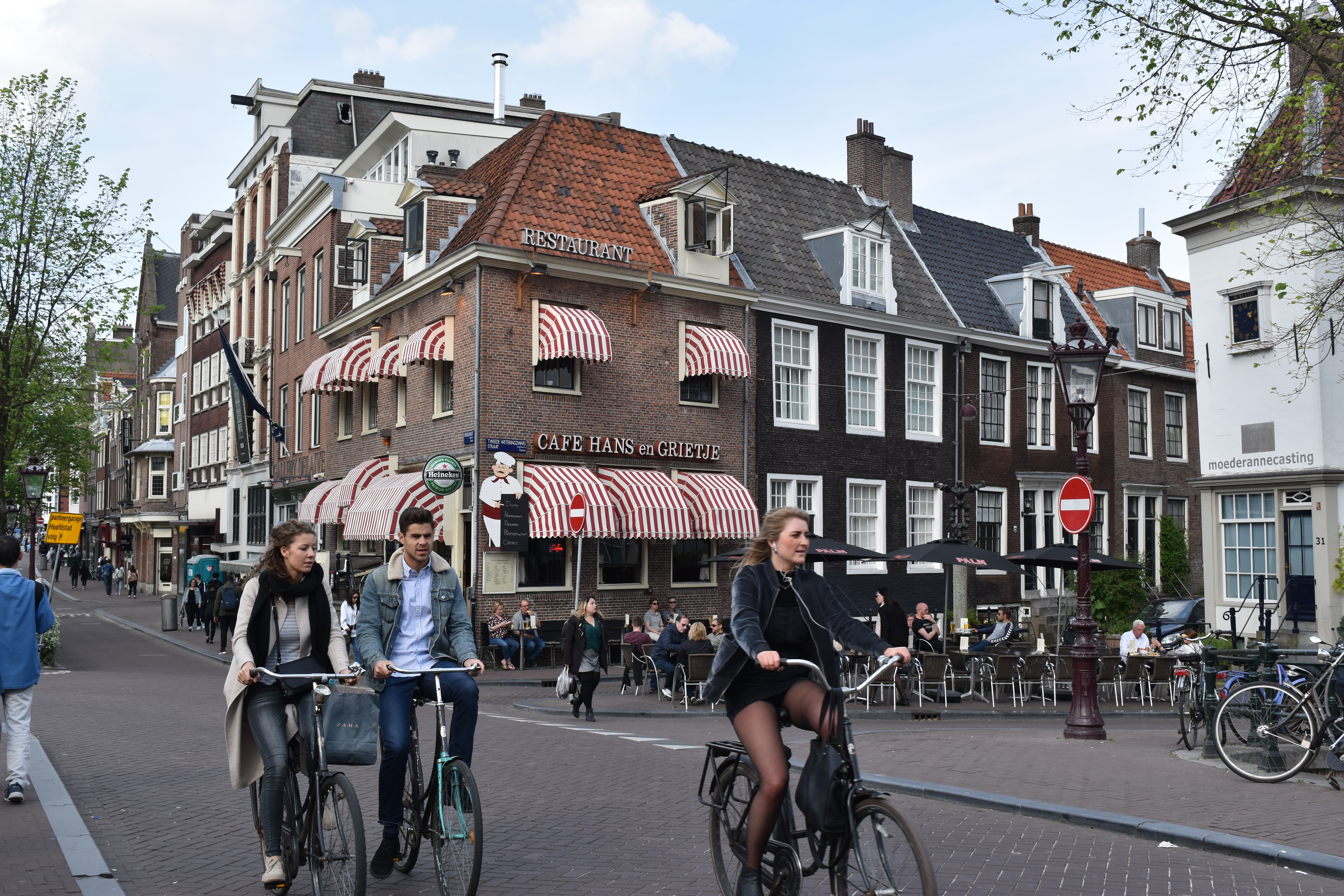 Another observation, you won't go anywhere fast, but it never takes you that long to get to where you need to be. It's dense. I think they should consider banning cars in the city center. Would make it safer and less congested. 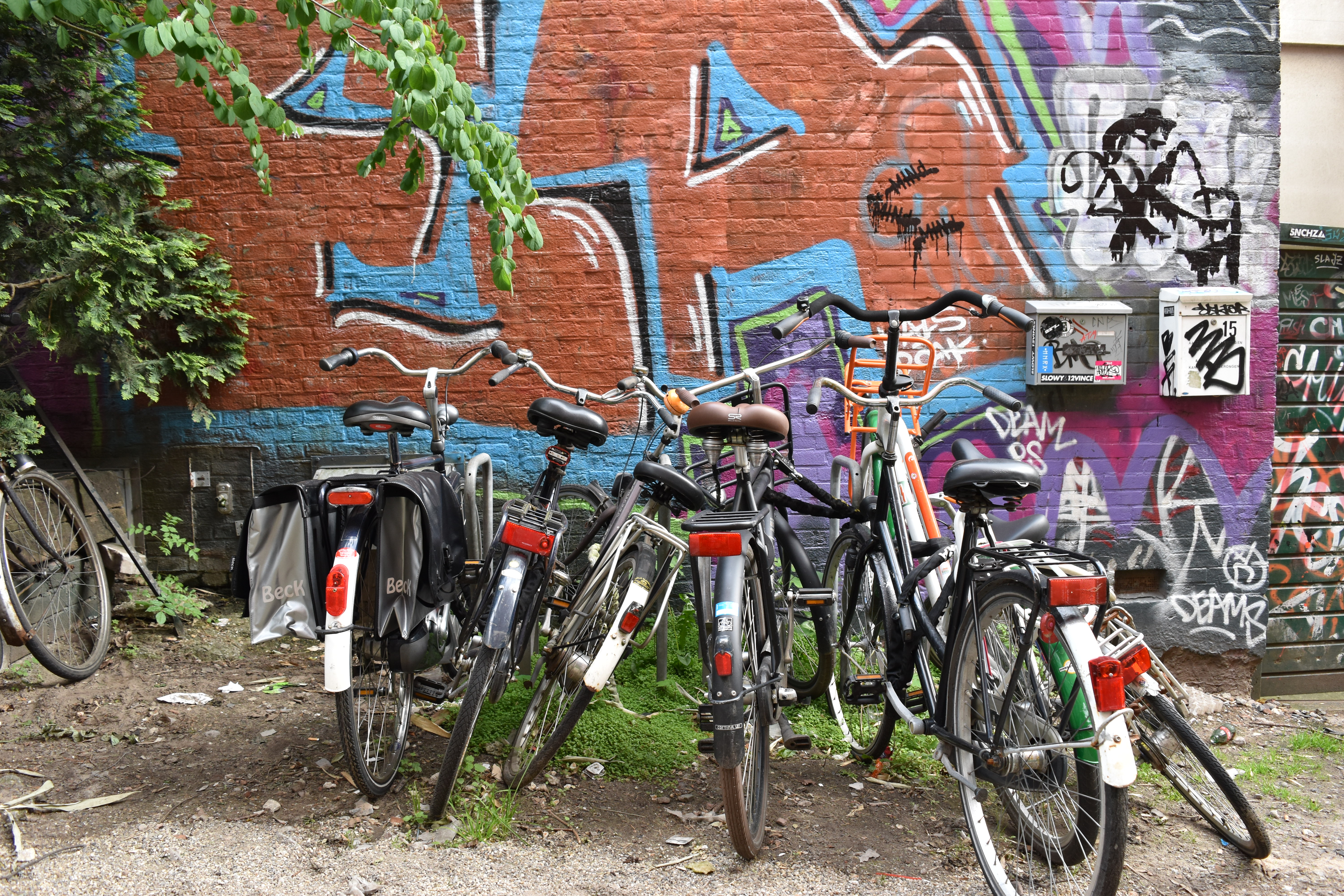 Spoken as well as signage. A recent study showed that the Netherlands has the largest percentage of English speakers in all of the countries in Europe. I believe it. This Wikipedia page says it's as high as 93% of Dutch people claim to speak English.

Perhaps this is a Europe-thing. I rode in 3 different Uber's / Taxi's and they were all super nice cars.

I can get used to this.

Not a bad view - anywhere

Practically every cafe is "canal-side". Must be great to be a realtor, "stunning canal views in this 19th-century loft." 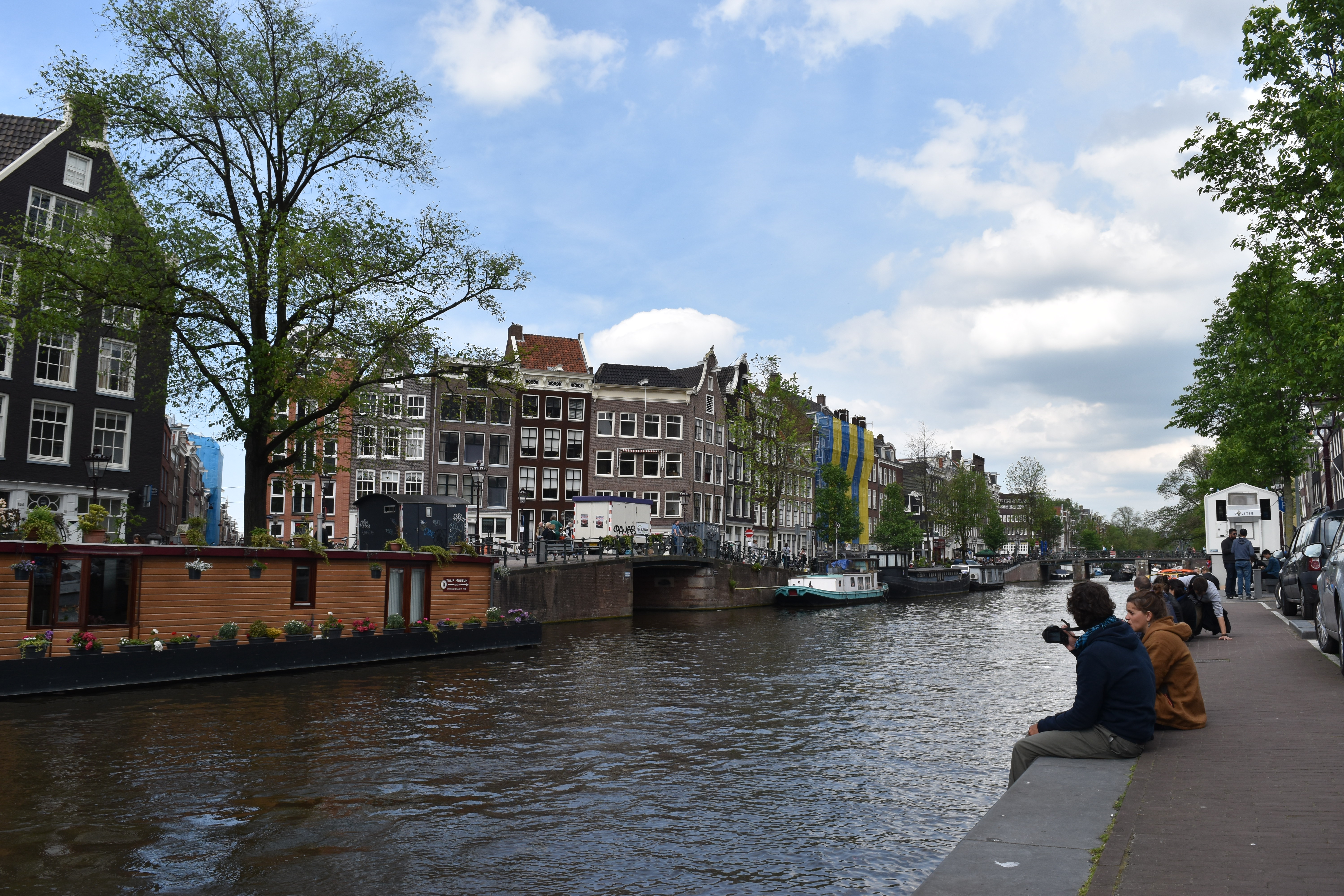 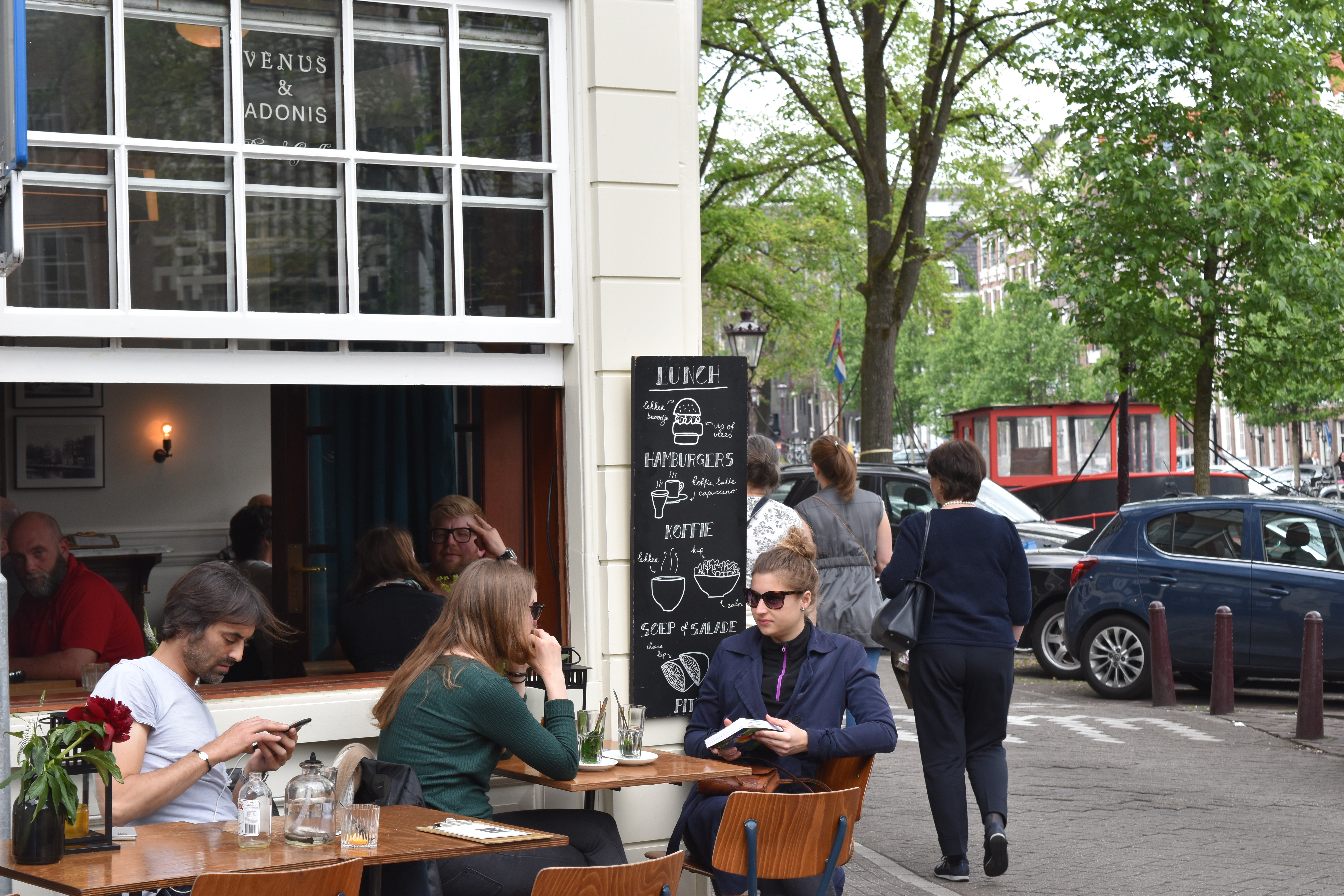 Go figure. A conversation I had with the Head of Strategy at we are pi, an Amsterdam-based creative agency confirms this.

So all you Idaho cowboys, you'll be hip in Amsterdam strolling through canals in your Wrangler jeans.

Not really, but at least they'll think your jeans are cool.

It's a culinary thing. Probably the most distinctive food-related observation I had.

Sadly, with my dairy allergy and gluten intolerance, I did not try any.

I did drink a fair bit of Heineken, however. 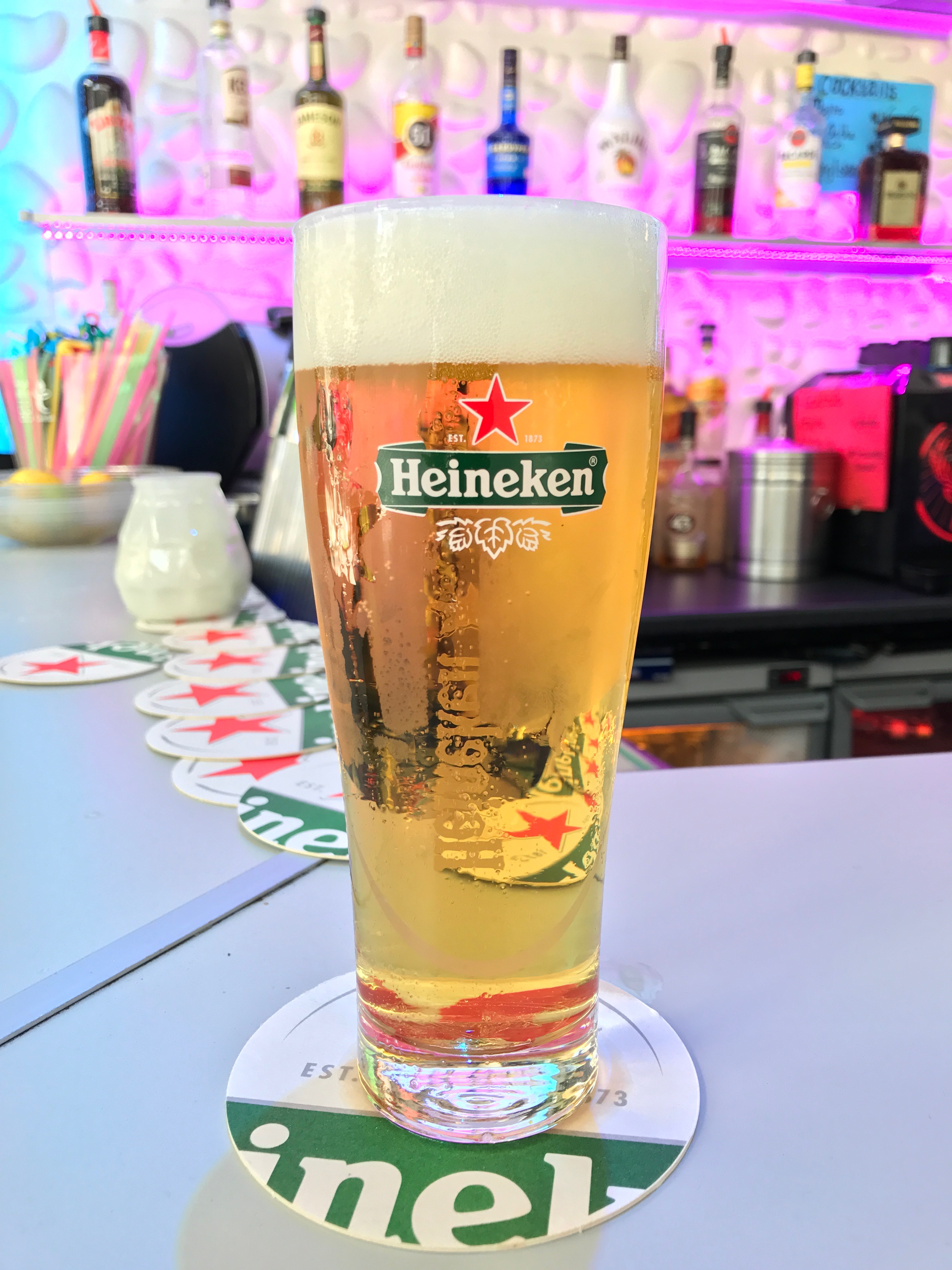 You know how you smell nicotine cigarettes when walking down the street in most cities? Well, in Amsterdam it's pakalolo instead.

This about sums it up: 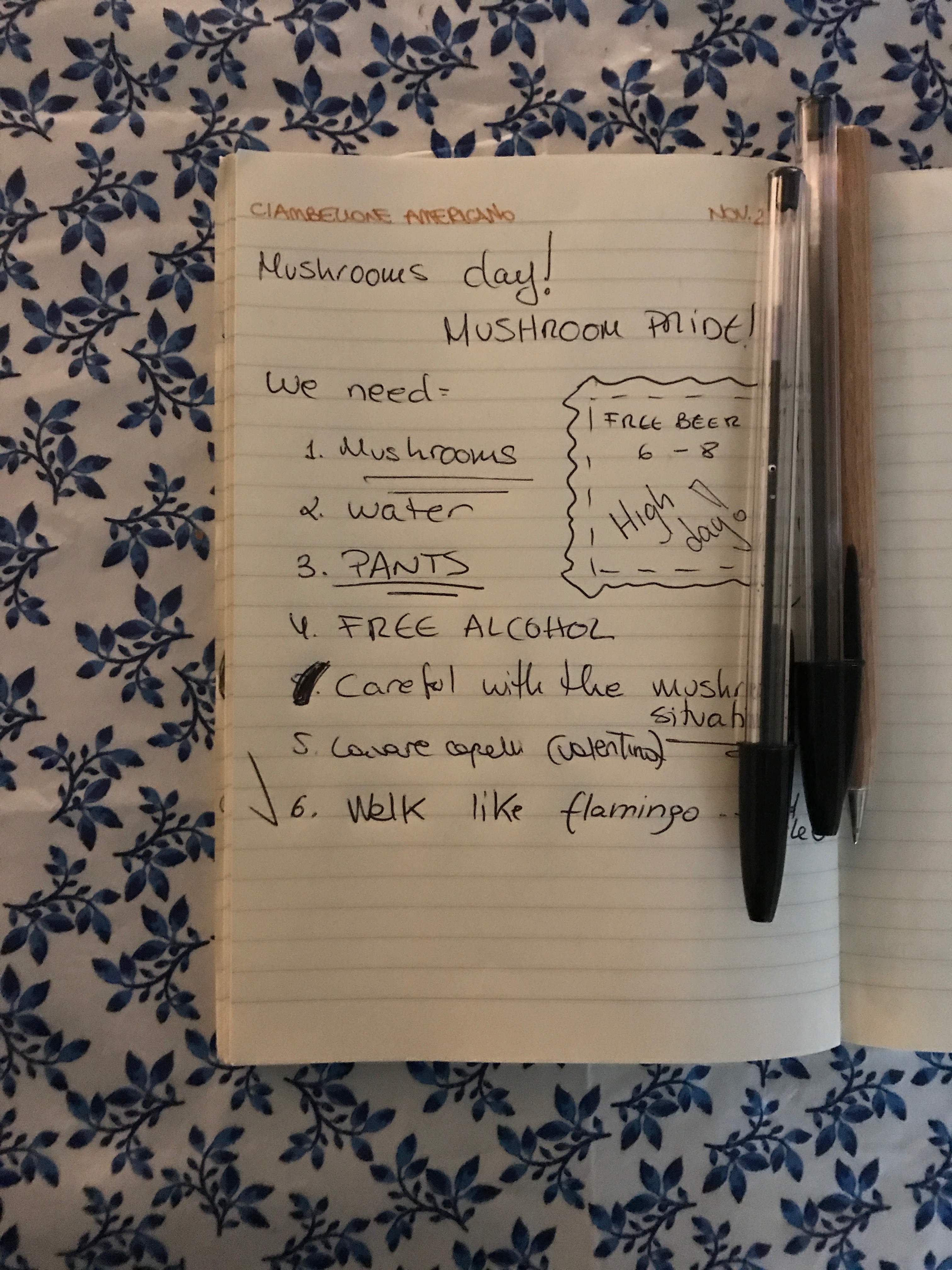 Pretty sure that list was made while on shrooms.

Can't wait to go back

Mushrooms aside, I can't wait to go back and explore more of this amazing city. Robyn and I are planning a Europe trip and the itinerary definitely includes a stop in Amsterdam. 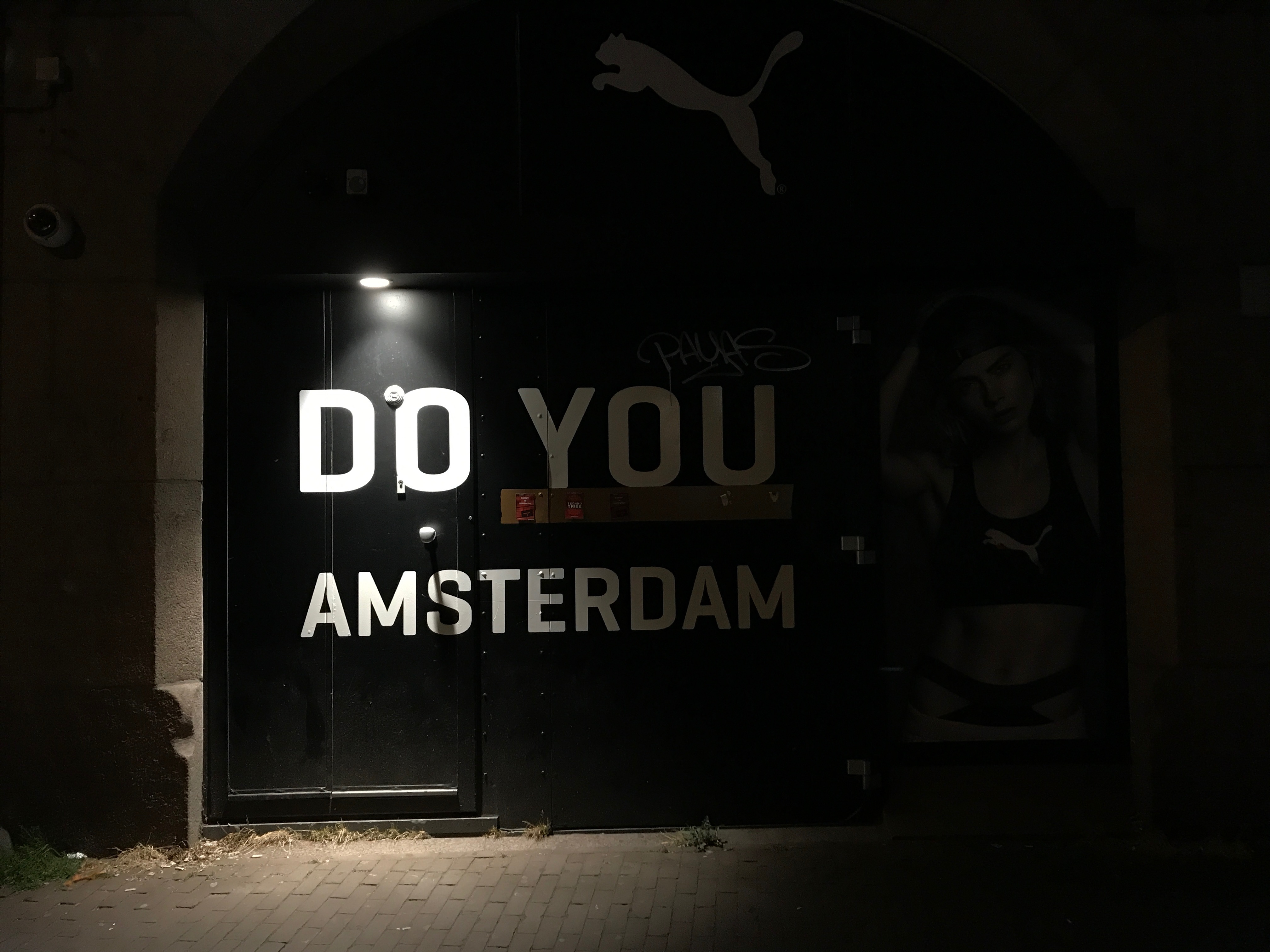