A while back, I had a conversation with a friend of mine about startups and venture capital and the topic of whether we are currently in a bubble or not came up. After the call, I emailed him some notes of several blog posts I recently read by some well respected Venture Capitalists and Investors. I decided to repost here as well.

So are we in a bubble?

If I tried to summarize:

Here's the links from the VC blogs: 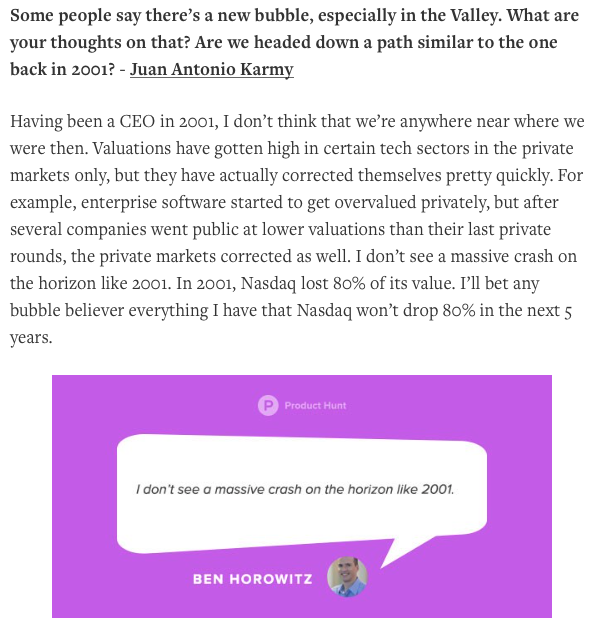 Bubble schumble. While I believe macro economic and geo-political concerns do matter, they matter less to the startup that's building product, bootstrapping, and/or recently raised money. It means a lot more when you're a startup looking to raise money now and the markets have tanked. If there is pervasive fear and risk aversion, then capital will dry up and investors will seek security (bonds, gold) over higher-yielding returns (stocks, venture deals). I generally follow the markets (much less then I did when I worked full time in Banking), but I read a lot more about startups and building products then I do the economy. If you're a startup founder, I suggest you do the same.