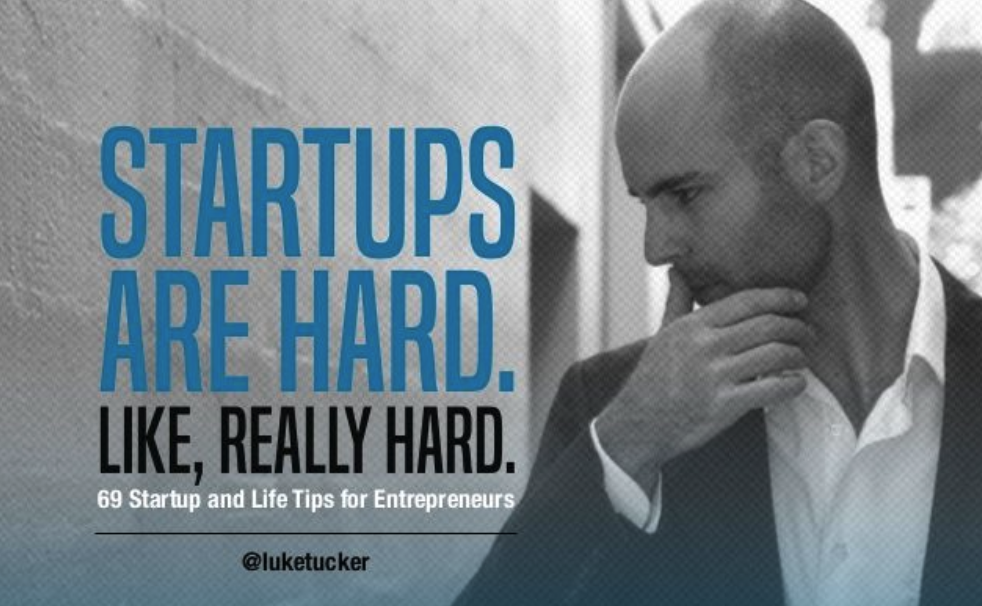 Twice a year, Startup Weekend is hosted in Honolulu. It's always an awesome time and I've been blessed to be a part of it in some form or fashion for each of the last few years. If you're not familiar with Startup Weekend, it is a 54-hour event that includes people pitching ideas for an app or startup on Friday night in front of a live audience who then vote on the best ideas. Top ideas have teams of developers, designers, and business people form around them and they have until Sunday at 4pm when they need to present what they built and why they built it to a panel of judges. And teams are judged on their presentation, product / technology development, and commitment to the customer discovery process.

I am honored and humbled to be a judge this weekend for the 8th Startup Weekend Honolulu along with a great panel of investors and entrepreneurs. With that in mind, I thought I'd write some thoughts up on why it's an important event and why people should participate.

There's lots of high level benefits Startup Weekend provides for the entire startup ecosystem: entrepreneurs, community organizers, business owners, and even investors. Here are a few of the benefits I see specifically for attendees that are looking to participate:

To be fair, it's not all rainbows and unicorns with Startup Weekend. I think it can perpetuate this romanticizing of entrepreneurship and startups. And there's the riffraff that is around with people that aren't serious about startups hocking their made-for-tv wares, multi-level marketing shtick, or other pre-made products that aren't what the weekend is about. I will admit, however, that the riffraff can be entertaining. I also do want to point out that doing startup weekend does not represent all the skills necessary to build and grow a startup. It is a microcosm of many of the experiences and inputs, but in no way does it completely prepare a person for the rigors and challenges of starting a company. Some people assume that and I think it's a mistake to do so.

For Honolulu / Hawaii's startup weekend in particular, there are several examples of founders / companies that I can think of that either got their start or went through startup weekend at some point:

Minded - Startup Weekend Honolulu #2 project finalist that went through Blue Startups' First Cohort... Mark and Tiff Quezada have done multiple Startup Weekends (gotta love me some namehub.co), and are now co-founders of the awesome product that is Hobnob.

Hanai - Spring 2015 Startup Weekend participants that are a finalist for XLR8UH Cohort 3.

Varsity Prep - Winners of The 6th Startup Weekend Honolulu that are also a finalist for XLR8UH Cohort 3.

Profie - Maui Startup Weekend contestants. I just had a chance to sit down with them last week and they are still pursuing the idea. Cool guys for sure!

And there's got to be others I'm not thinking of.

Personal stories... Probably many, but the one I'll mention is my boy Boots / aka Bryan Butteling who competed the same year I did (his team Fan Addicts got first, the team I participated on, 26ideas.com, got second), and he moved on to be the Lead Organizer for SWHNL, and also worked for Box Jelly and with me at Sultan Ventures.

So, we need startup weekend to continue and hopefully grow because it can turn bystanders into startup entrepreneurs, strangers into co-founders, and ideas into validated businesses.

I look forward to seeing everybody come on out Friday and Sunday! If you're on the fence to participate, don't hesitate and dive right in, you won't regret it!

For more information visit the Startup Weekend Honolulu's site or read Ryan Ozawa's writeup. All the festivities are going down at Kakaako Agora for the Friday and Sunday night pitches and The Box Jelly on Saturday for office space for the participating teams.